The banking sector is by far one of the most highly regulated sectors of any economy. With intra and inter country banking transactions touching billions of dollars per day, it comes as little surprise that this sector is so strictly regulated. 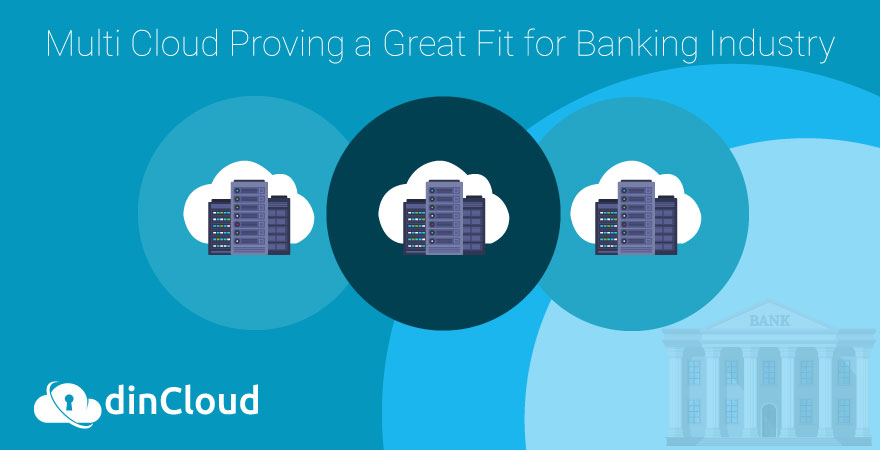 Initially, both banks themselves as well as financial regulators were not comfortable with the idea of moving banking to the cloud. Perhaps some of the most pronounced concerns included compliance, security and monitoring.

Also Read: Spending on Cloud Infrastructure Grows by 37% in Q1 of 2020

Financial information is a very sensitive matter in its own, whether it relates to individuals, corporations, enterprises or even countries. Therefore, security of banking information while it resides in the cloud was perhaps the biggest concern.

Regulatory Shift towards the Cloud


As the cloud industry has consistently shown immense robustness, security and resilience over the past decade or so, favorable winds have started blowing for the banking sector. Now, regulators seem much more comfortable with the idea of banking over the cloud.

However, regulators still emphasize that complete reliance on a single Cloud Service Provider (CSP) can have adverse consequences for the banking sector in particular and millions of consumers in general.

Also Read: Why DaaS Solutions by dinCloud are the Best Choice for You?


So, the solution to this concern comes in the form of a multi cloud environment, where a particular bank that transitions its operations to the cloud does not rely solely on one particular cloud provider.

Instead, the mission critical banking operations are supported over more than one cloud provider’s infrastructure so that in case one experiences some issues, the workloads can immediately be taken over by the other available cloud service provider (CSP).

Multi cloud is not an entirely new concept for banks, rather it’s more of a new implementation mechanism. Most banks are already using a hybrid cloud model where they allocate workloads between on premise architecture and the cloud.

With the adoption of multi cloud, the on premise part is expected to slowly but surely transition to the cloud as well. This will also relieve banks from investing heavily in on-premise IT hardware and constantly upgrading it for better performance.

Also Read: How to Differentiate Between DaaS, VDI and other Cloud Environments?


While it may seem as a financial and administrative burden on banks at first glance, the situation also works in their favor in many ways. Firstly, this prevents the issue of vendor lock in and secondly, this serves as a Business Continuity (BC) mechanism by design.

The multi cloud prevents vendor lock in for banks whose operations are way too complicated and intricately connected to afford frequent experimentation with different service providers or architectures.

Also Read: Transition to the Cloud Gaining Momentum as per Recent Study


With multi cloud taking the driving seat at banks in terms of architecture, most banks will find themselves ideally positioned for rolling out innovative and consumer friendly banking solutions at an unimaginably high pace.

This innovation in turn will further boost the trend of digital banking across the globe, where consumers manage most of their financial matters over smartphones, tablets or laptops in contrast to regular physical visits to the bank.

How has Covid-19 Impacted Digital Banking?


It won’t be wrong to say that the ongoing pandemic has worked as a “blessing in disguise” for the banking sector in particular. Banks, especially medium to large ones, were lagging behind the digitalization curve due to their sheer size and scale of operations.

With the full onset of this global pandemic and its aftermath, rapid digitalization for the baking industry is no more a choice, rather a compulsion. If the uncertainty around this health crisis further prolongs, banks would have to pick up the pace even further.

Accelerating Digitization with AI and ML


Perhaps the two main vehicles behind the rapid digitization in banking are Artificial Intelligence (AI) and Machine Learning (ML). With the vast processing and analytic muscle of leading Cloud Service Providers (CSP) like dinCloud, AI and ML are in everyone’s reach.

The Cloud and Automation in Banking


With the help of cloud computing, AI and ML, we are gradually heading towards more automation and standardization in banking processes. This will not only reduce the lead times in some banking services but also make these processes less prone to errors.

Also Read: The Do’s and Don’ts of a Hybrid Cloud Deployment


The inherent strengths of the cloud have really turned out in favor of the banking industry. Couple that with the sense of urgency brought along by the ongoing pandemic, experts believe that nearly three year’s work has been accomplished in just four to five months.

Lastly, whether you are a consumer or a large enterprise, the full on transition of banking industry to the cloud will have a very positive impact from end user perspective. To compete for customers, banks will have to innovate much better and quicker.