How to Differentiate between Load Balancers and API Gateways?

Home | Blog | Cloud | How to Differentiate between Load Balancers and API Gateways?

Modern day applications are growing in complexity and performing a wide range of tasks simultaneously. With the increasing trend of enterprise applications becoming cloud native, the role of load balancers and API gateways is gaining more and more importance. 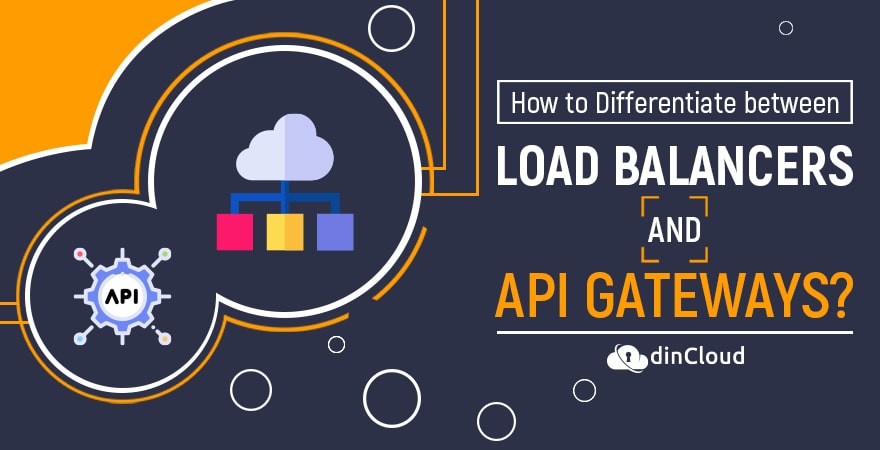 Both application load balancers and API gateways primarily perform the role of managing as well as optimizing network traffic. When properly configured, either as independent entities or in a joint role, both tend to improve the user experience.

How Does a Load Balancer Work?

As evident from the very name, an application load balancer mainly performs the task of balancing the network traffic among the multiple available servers. In applications that experience traffic spikes, multiple servers are often deployed for the best results.

One more benefit of deploying additional servers is that in the event of a server failure, the entire service that is being offered by a particular application does not blackout. This is even more important in cases where physical servers are being used.

Related: The difference between VMs and containers in Windows Server 2016

At the back end of application load balancers are powerful algorithms. There are three main types of algorithms that are mostly used, depending on the use case and the need of each deploying enterprise.

This is a very basic algorithm that splits the network traffic evenly among all the available servers, without taking into account any other factors or variables.

If this algorithm is used by an application load balancer, it will direct network traffic to the server with the least amount of active requests being served at that point in time.

This algorithm will take into the account the geographical origin of the network traffic and direct it towards the nearest available server.

Enterprises generally use one of the types of above application load balancer algorithms, based on their unique needs.

How Do API Gateways Work?

To better understand the working of API gateways, lets first discuss the modern approach which is being used in designing applications. The latest trend in app development is known as the micro services approach to coding.

What are Micro Services?

Instead of designing an enterprise application as a single chunk of vast amounts of code, a micro services approach gives way better results. In this model, an application is a combination of many micro services with independent coding.

Some of the key benefits of this approach is that it is very easy and efficient to upgrade as well as debug applications having this design philosophy. Secondly, in this approach, even if a micro service does malfunction, it does not render the whole app redundant.

Lastly, when you code an enterprise application in the form of micro services, you can easily re-use these small chunks of code into a host of other applications. This immensely optimizes the process of rolling out enterprise grade applications.

Related: SaaS vs SOA – What are the Major Differences

Where do API Gateways Fit In?

API gateway performs the role of an organizer in the whole process. It is a sort of filter through which various requests pass and the API gateway decides which command or request needs to go to which micro service for resolution.

We can consider API gateways as the adhesive that gels together disparate micro services into a cohesive, functional whole. That’s not all, API gateways perform the additional role of managing different translations and protocols within an enterprise app or software.

Related: What is the difference between VDI and DaaS?

When viewing application load balancers and API gateways, you should not deem them as either or comparison. It is instead a matter of which of the two better serves the use case. If required, enterprises can also deploy them in combination with each other.

At the end of the day, what matters the most is that how efficiently an enterprise application is handling the user requests. Further, how well are sudden spikes in the network traffic being handled?

Whether its application load balancers or API gateways, their performance and results can be amplified by deploying them via the Cloud.

How to Navigate the Threat of Ransomware in today’s World?

How to Navigate a Cloud Based Disaster Recovery (DR) Strategy?

How to Navigate the Threat of Ransomware in today’s World?

How to Navigate a Cloud Based Disaster Recovery (DR) Strategy?

November 18, 2021
Home | Blog | Cloud | How to Differentiate between Load Balancers and API Gateways?