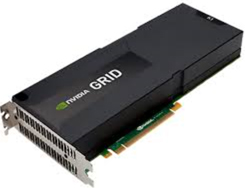 Every once in a while, my phone rings and its Chicken Little on the other end.   He’s always very excited to tell me that the sky is falling.   He’s predicting dinCloud’s doom based on some Cloud company that came out of the middle of nowhere and has some hot new full page ad claiming they will crush us.   Or, he stopped by event X and at booth Y they had the best booth babes and this VDI thing running some crazy insane stuff that the world has never seen before on a virtual desktop!  Naturally, NVidia was there, theswag in the bag was thick, VMware and Citrix had a hookah lounge going, the Kool-Aid guy showed up and served everyone personally, the booth babes started to dance, the crowd cheered, bloggers went nuts, the new website for 5 of our competitors debuted online simultaneously and someone got the PARTY STARTED!   Yawn….zzzzzzzzzz

After that hangover, Chicken Little called me back the next morning, apologetic, asking me what exactly he said to me on the phone last night and theorizing that the over the top hype had clearly blurred his judgement.   He asked me for my take on things, so here it goes:

2. Microsoft RDP with RemoteFX extensions – many other solutions are built off this such as Ericom Blaze, Dell, and others.   Microsoft is like nVidia: pig of a solution so these vendors make it tolerable.

3. Spice – purchased by Red Hat, Virtual Bridges and many others use this.  It’s better/cheaper than Citrix, I’ll say that for it.

4. Citrix ICA w/HDX extensions – very expensive, and when I got Citrix certified I thought the instructor was joking that you have to set the servers to reboot nightly to keep them fresh.  He wasn’t joking.

5. Oracle VDI  — 2013 they laid a ton of folks off, another competitor bites the dust

6. Teradici (VMware and Amazon use this) but Teradici isn’t kicking our a**, last I read in the news, they are laying people off.   In my opinion Teradici is yesterday’s NVidia: trying to throw hardware at a software problem by powering VDI with a card.

On another note, I don’t consider VMware Horizon (Mirage), Unidesk, Citrix/vDesk – RingCube or any other “solutions” to be virtual desktops as to me they are merely virtualized ways of handling physical desktops in a fleet management sense.  Moka5 makes a type 1 hypervisor bare metal offline desktop but we just never went there because we saw that users create content in a desktop but consume it on tablets etc. via mobile apps so we partnered with Egnyte so you can get to the files on the your dinHVD/dinDaaS via the Egnyte mobile app.

The future?   I see hosted virtual desktops and everything else in dinCloud existingworldwide thanks to distributed object storage and AnyCast networking so that your infrastructure is available in every geographic location globally giving it the “next door” look/feel with performance to match while making it impervious to DDoS attacks.    dinDNS is the first product to have all these features, so check it out.   There is more to come and it is coming – soon!