Information Technology (IT) has been around now for a good part of two decades. The industry has evolved massively since its humble beginnings. Now, we find ourselves in a world that is practically driven by IT and other supporting technologies. 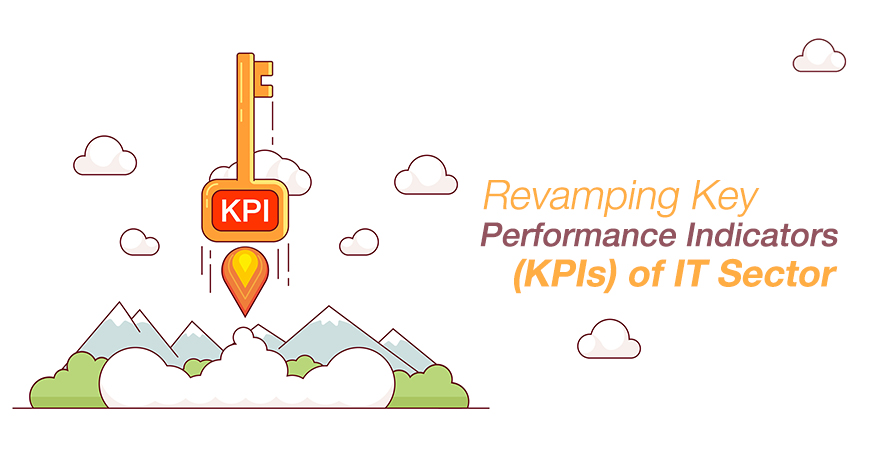 Despite the rapid pace of IT evolution, the key metrics around which performance of IT personnel and processes is measured have remained more or less unchanged. Over the last few years in particular, this gap has tremendously widened.

Also Read: How the Cloud and Technology are Transforming Higher Education?

While IT as an industry has grown very fast and processes have evolved at a very quick pace, performance metrics have often lagged behind. This has created a notable gap between how performance is measured and this needs to change.

Some of the performance metrics currently in vogue include mean time to repair (MTTR), tickets by status, customer satisfaction and few others. There is disconnect between these metrics and the modern IT operations.

Also Read: The Role of Cloud as a Catalyst for Life Sciences and Healthcare

Due to the use of obsolete performance measuring criteria, the actual performance of neither a process, nor that of the IT professionals entrusted with that process can be objectively determined. This leads to a misleading picture.

There are many downsides to this flawed mechanism. Firstly, if the performance metrics of any IT process are not aligned properly, there would be no reliable mechanism for determining if the designed process is working up to spec.

Same holds equally true for IT professionals. If the metrics in use to determine their efficiency and effectiveness in handling a process or problem are not in line with industry’s latest trends, there is no point in collecting this data at all.

Most importantly, in the absence of a reliable yardstick to measure an IT professional’s competence and skill level, an IT based organization would not be able to identify qualified, skilled and dedicated professionals.

Such a flawed mechanism for measuring employee performance further results in demotivating human capital who simply do not see any incentive or reward for their skill, effectiveness and efficiency with which they resolve an IT issue.

This is one of the best examples of flawed performance metrics in technology. Mean time to repair (MTTR) measures the timeline for trouble shooting or resolving a reported IT problem. This is no longer a relevant performance metric.

In modern IT organizations, problems or issues of a recurring nature are handled by operations experts on a priority basis. The goal is to find the root cause of the problem and fix it altogether, instead of providing support for the same issue time and again.

Also Read: To DaaS or Not to DaaS – 15 Compelling Reasons to Go For DaaS

So, what we are left with is MTTR data that pertains to only those novel problems whose solution is still being sought. It is but logical that MTTR metrics for a novel bug or issue will definitely be higher and skewed towards inefficiency and lack of effectiveness.

Due to the inherently flawed mechanisms for measuring both the above metrics, the end result is a very misleading picture. Take the case of customers first. We all know that customer satisfaction surveys are the major source of gathering user feedback.

Measuring employee satisfaction becomes even trickier as the performance of one employee often impacts that of others. Further, negative feedback of an employee about a colleague can have serious repercussions for the latter’s career.

So, it has been observed in organizations in general and IT companies in particular that employees tend to claim high satisfaction levels with their jobs and peers, while the situation on ground may be quite the opposite.

Also Read: The 5 As of Cloud Security and How to Get them Right

An equally misleading performance metric in the IT industry is tickets by status, which is considered a means of resolving customer issues on relative priority. IT personnel are more interested in closing the ticket as soon as possible, without considering the impact.

This results in rushed up, temporary and at times flawed resolution of customer issues. It has also been observed that either the same issue surfaces again or it creates a new issue altogether, thus increasing the complexity of the task at hand.

We have covered just a handful of outdated performance metrics (KPIs) in the IT industry that are not truly reflective of either performance or effectiveness. The immediate fix to this issue is that human element be removed from this process altogether.

IT performance metrics should be designed around automated mechanisms for collection of data, which should have the inherent capability of analyzing IT tasks, issues and processes relative to complexity.

By taking such initiatives, we will be able to convert performance related metrics for the IT industry into KPIs that are both accurate and objectively quantifiable. This in turn will improve both processes and performance.