Cloud computing is just remote computing/timesharing in new clothes. The biggest difference between timesharing, which goes back to the 1960s, and cloud computing, is that the former was the exclusive domain of very large organizations with very few needs/capabilities, while the latter is increasingly being used by everybody for everything. It’s also where managed service provider (MSP) customers and prospects are going, and where MSPs need to be.

Public cloud services are expected to grow 13.5% this year [https://www.gartner.com/doc/3140436/forecast-public-cloud-services-worldwide], as opposed to a 2.5% increase (negative 5.5% based on currency fluctuations) in worldwide IT spending in 2015 [http://www.gartner.com/technology/research/it-spending-forecast/]. So while selling things — i.e. hardware, software, and consulting services — is circling around the drain, along with decent margins, the cloud market is soaring.

From a market segment perspective, less than a third – 29% – of SMBs believe ‘hosted/cloud services were important to current business practices.’ However, 43% believe that these services will be ‘much more important to their organizations in the future.’ [http://www.spiceworks.com/press/releases/2015-09-30/1/] It’s not a huge opportunity as a percentage of the current spend, but it is growing, and is expected to continue to grow for the foreseeable future. Which is good news for MSPs because SMB is your primary market, and as the following data indicates, your primary market is moving cloudwards.

Another study reports that 64% of SMBs are using cloud-based apps, with average adoption being 3 apps.78% of businesses indicate that they are considering purchasing new solutions in the next 2-3 years, potentially moving the average number of applications used to 7, with 88% consuming at least one service. [https://www.enterpriseirregulars.com/102469/roundup-cloud-computing-forecasts-market-estimates-q3-update-2015/]

Cloud figures more prominently in the midmarket, with cloud applications (43%) second only to analytics (47%) perceived as having ‘the highest potential to produce the greatest productivity gains.’ The number of companies that are currently in the process of deploying cloud-based technologies has climbed from 34% last year to 42% in 2015. [http://www2.deloitte.com/us/en/pages/deloitte-growth-enterprise-services/articles/disruption-in-the-mid-market-how-technology-is-fueling-growth.html]

Channel revenue trends reinforce the move to services, especially managed services. Firms relying on business models predicated primarily or entirely on service delivery – and particularly, MSPs – are anticipating growth, while those relying on product sales (VARs, SIs) are least likely to offer rosy predictions. Although 63% of SMB channel partners are expecting revenue increases in the next one year, the scenario is quite dismal for VARs as compared to MSPs. 54% more VARs than MSPs are expecting their revenues to remain flat and a percentage of VARs are expecting their revenues to decline by an average of 30%. [http://techaisle.com/blog/221-smb-cloud-and-msp-channel-business-by-the-numbers]

Your customers and prospects are rushing to the cloud. You need to be able to manage them in cloud environments, if not provide those cloud services in whole or in part on your own. 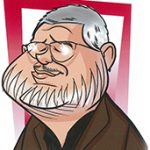 Steve Wexler, Wordslingers Ink (stevewexler.wordslingers@gmail.com) and IT Trends & Analysis (www.it-tna.com), has been writing about business technology since IT was called DP/MIS, and telecommunications was handled by the office manager. He has written for all the major IT publishers and vendors, and for all the IT audiences – builders, sellers and buyers.