Windows Server 2003 – Going the Way of the Dinosaurs

You’ve likely heard the news. Windows Server 2003 is going the way of the dinosaurs.

In a more recent biological reference, the operating system is going the way of the bufo periglenes, better known as the golden toad. What happened to the bufo periglenes, you may ask? The region from which this species of toads is native, mountaintop forests in Central America, faced recent climate changes and a widespread drought. Extinction soon followed as a result of these environmental changes.

A transition similar to what happened in the golden toad’s native forests is happening today in the IT landscape. As more organizations move their data and workloads to a virtual environment, an operating system that is more than 10 years old is no longer viable. The IT climate has changed, if you will, and its time to adapt. 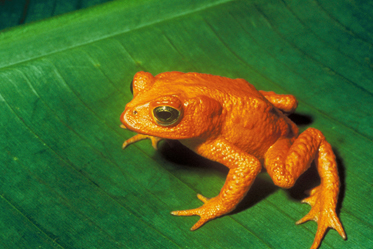 Still, many have yet to migrate. Though it may seem to some

like a revenue-driving ploy from the reigning market leader in server OS, the impending end of support deadline bears serious implications for those who have delayed migration.

Implications of Sticking with Windows Server 2003

To add further complexity, an unpatched vulnerability can extend beyond Windows Server. Meaning, a single infiltration could extend to apps, middleware and databases within a Windows Server infrastructure.

Enough said.  The bold text is directed towards those in the healthcare, finance or retail sectors.

Again, running the OS past its operational life brings with it the risk associated with what is likely aging hardware. Any apps and software you have associated with Windows Server will also lack support and face compatibility issues.

When Should I Migrate?

Like any significant transition, modernization from Windows Server 2003 will take time. In fact, it’s estimated that the average migration will take 200 days. Those who don’t migrate ahead of the July 14th deadline, will be hit with the $600 per server extended support fee from Microsoft. To avoid these costs and the implications we previously covered, it’s time to consider your migration path. Don’t let your infrastructure go the way of the dinosaur… or golden toad, for that matter.

Visit our Windows Server 2003 migration hub for more information to inform your next steps.