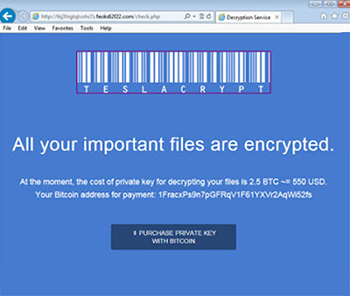 Every once in a while, my phone rings and it’s Chicken Little on the other end.   This time the sky really was falling, because apparently one of Chicken’s staff got infected with the latest ransomware which had encrypted all of the company’s Microsoft FileShare servers.   Fortunately, the month before I had talked Chicken into spinning up a new Windows server at dinCloud and replicating his Microsoft FileShare servers to the Cloud using Microsoft’s free tool: Distributed File System (DFS).

We did that and voila! Chicken had the files back within a few hours, just before his boss was about to turn him into chicken nuggets!  Instead there was a lot of cooing & clucking and life back in the corporate hen-house which went back to normal almost instantly.   We then advised Chicken to use the professional editions of Malwarebytes, SuperAntiSpyware, and the FREE Microsoft Windows Defender while leaving Windows Firewall ON to ensure no further outbreaks occurred and that real-time protection plus regular scans were part of his diet.

The moral of the story: if you’re not replicating your Microsoft Active Directory and File Share servers to dinCloud and leveraging Egnyte to sync files from your virtual desktop, laptop and mobile devices (we sell at a major discount a la carte or bundled with our Hosted Virtual Desktops – “HVDs” )  then one day the sky will fall and you will have no answer on how to put your world back together again quickly & easily.    Don’t just replicate to “A” Cloud replicate to “THE” Cloud because again, we’re doing daily snapshots so we can turn back time on any disaster.   Otherwise, you’re just going to have encrypted files at both ends and that doesn’t do you any good! You might be able to decrypt them with an empathetic tool like this one from Cisco.  However, I’d rather know than guess I’m going to be OK by leveraging dinCloud!

Fill out our contact form to talk to a dinCloud sales specialist and get a disaster recovery solution (replicating onsite/cloud,  cloud datacenter1 to datacenter2, etc.) in place that makes sense for your business.

facebooktwitterlinkedinpinterestEmail
Are hosted virtual servers right for your business?
Talk to us
Test drive virtual servers from your work computer
Schedule a Customized Demo