The Rise of Homegrown Hardware

IT resellers have long heard the warnings of an impending shift from purchase and deploy, break-fix hardware deals toward selling IT capacity and business functionality “as-a-Service” in the cloud. Even so, it’s a bit of a wake-up call when companies that provide infrastructure even stop buying traditional infrastructure. That’s precisely what’s happening, says Amazon Web Services CTO Werner Vogels.

Technology companies that live in the cloud such as Amazon, as well as Facebook, Google, Apple, Microsoft, AT&T Mobile and many others are finding benefits in building their own server and network infrastructure rather than buying it, says Vogels.

“To be able to operate at scale like we do,” says Vogels, speaking to Business Insider, “it makes sense to start designing your own server infrastructure as well as your network.”

According to Vogels, the internal designs of large technology companies are producing faster, cheaper, more efficient hardware, while allowing them to create network layouts that are more customized to their particular businesses. The same goes for some large enterprises, such as Goldman Sachs, Fidelity and Bank of America, which are all part of the Facebook created Open Compute Project, an open source-style initiative whereby engineers share their homegrown hardware designs to other members.

The trend apparently has caught the attention of the major telcos. Just a few years ago, the data center space was among the hottest segments within the communications business. Back in 2011, for instance, carriers Verizon, CenturyLink and Time Warner Cable purchased major carrier-neutral colocations assets. Zayo and NTT followed suite, also picking up individual data center assets.

Signaling a bit of a reversal, Reuters reported in January that Verizon was starting the process of selling its entire data center portfolio. TeleGeography senior analyst Jonathan Hjembo followed the report with word that Verizon not only might be selling the 13 Terremark facilities that it previously acquired but also possibly all 47 data centers in Verizon’s group. A few weeks earlier, Windstream Communications announced the sale of its data center assets to Tierpoint. While CenturyLink has since stated the importance of data centers to its future business, Hjembo noted at the time that CenturyLink and AT&T were considering similar moves.

It’s all challenging news for partners carrying the logos of top hardware providers such as Cisco, IBM and HP, which incidentally all are members of the Open Compute Project. Yes, it’s yet another call to the cloud for IT partners reselling the major hardware providers, but something more is afoot when a company such as Amazon, known for selling cloud infrastructure, is talking up its “rich collection of services” over its infrastructure. In other words, it’s time for IT resellers to turn their attention from the actual boxes to what those boxes can do for their customers. 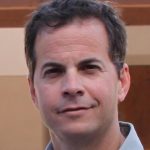 Martin Vilaboy is editor-in-chief of ChannelVision magazine, a printed and online source for resellers and brokers of communications and IT products and services. For more information, visit:www.channelvisionmag.com; CV@LinkedIn.