We have lately witnessed a mind-boggling scale and pace of digital transformation across enterprises. The operations of any modern enterprise revolve around data and automation. As the physical boundaries of the enterprise become blurry with every passing day, the role of automation becomes ever more important. 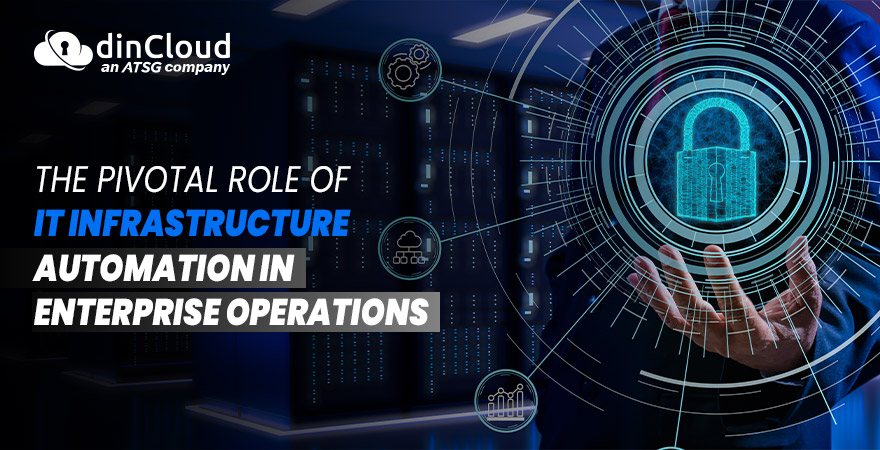 Evolution of the Modern Enterprise

The evolution path of enterprises has been pretty straightforward. When IT started setting foot in enterprise operations, everything initially was on-premise. Then, with the rapid proliferation of Cloud Computing, we witnessed the rise of Hybrid Cloud environments, which were a mix of on-premise and cloud-based environments.

The evolution of the modern enterprise did not halt just at the hybrid cloud tier. Now, the enterprise is rapidly pivoting towards Multi-Cloud infrastructures. Two factors have immensely added to the complexity of enterprise operations, which are remote work and the multi-cloud.

ESG recently conducted a survey of key IT decision-makers, to ascertain the factors that were impacting digital transformation and automation initiatives. The survey also highlighted some limitations that were being faced by IT leaders.

Key Considerations for IT Infrastructure Automation

By now, we have built a strong case for the fast-paced automation of enterprise IT operations. So, we will discuss a few important considerations that enterprises need to be mindful of, especially when planning and executing IT infrastructure automation initiatives.

The current scale and pace of digitalization are overwhelming for the IT teams of most enterprises. Things are moving so fast that at times, it is becoming difficult to keep track of all the processes that are being automated, and how will they impact the organization.

In this scenario, it is vital for enterprises to identify those IT-related processes and activities that can be automated with relative ease. Conversely, those processes need to be automated on the priority that takes more burden off the “plates” of IT admins, so they have more time and resources to expend on other vital areas for automation.

Declarative APIs deliver the “preferred state” for enterprise systems and processes, without the need to specify all the granular level steps necessary to achieve that state. Those steps are left relatively “open-ended”, so the system is easier to modify as the overall IT environment evolves and absorbs change.

After thoroughly studying evolving IT infrastructures, it has been observed that the needs of the developers of a system, and its end users are quite different. The same concept extends to APIs, which are aimed at improving the level of integration and automation across the IT infrastructure.

This is where the role of tailored or customized APIs comes into play. As a result, a parallel set of APIs is deployed across the IT enterprise. One set of APIs caters to the specific needs of IT admins, engineers, and developers, which are responsible for maintaining the back-end elements of the IT infrastructure.

The other set of APIs is geared toward the end users of the IT infrastructure, where elements such as User Experience (UX) are really important. This approach of having two separate sets of APIs accelerates the “scaling out” of automation initiatives to additional teams, with minimal risk of disruption to existing processes.

The Critical Role of IT Infrastructure Selection

Lastly, it is extremely important to select the right IT infrastructure for the enterprise. Some important aspects to consider here are scalability, flexibility, cross-compatibility, and customizability. These elements will play a pivotal role in improving the overall pace, success, and effectiveness of IT infrastructure automation initiatives.

These days, IT infrastructure automation has become a “must-have” for enterprises, regardless of their size, and the industry in which they operate. Automating the IT infrastructure, or at least it’s few critical elements, can really optimize the mission-critical operations of the enterprise.

Another key advantage of IT infrastructure automation is that it provides the enterprise with much better immunity against the prevailing acute IT skills shortage, especially within the domain of automation.

Contact ATSG, a leading managed IT and technology solutions provider, which offers un-rivaled automation to your enterprise operations through its expertise in Cloud Computing, Contact Center Operations, IT Infrastructure Monitoring, and much more.