As you may have heard, Microsoft, Intel, Dell, HP and Lenovo are joining forces in a campaign to re-brand the PC. Interestingly enough, they’ve coined “PC Does What?” as their lead slogan. The campaign  has been subject to criticism. Among the critiques, many say the effort falls short of achieving a “cool factor” for the now 30+ year-old product. This re-opens conversation about the future of the PC, amid competition from Apple, cloud computing and others. Without personal bias, (wink, wink) we’re taking a look at the traditional PC and how it measures up to its counterparts. 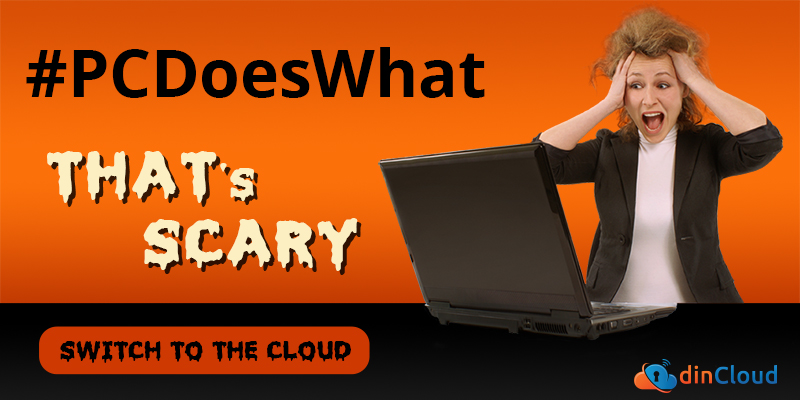 It’s undeniable that had this campaign landed 10 years ago, it would have been received differently. PCs led the game for many years, but then came the resurgence of Apple, tablets, mobility, the cloud and, here we are. Even in the wake of this campaign, the PC is looking more mid-life crisis than cutting edge.

That’s because – simply put-  we don’t compute the way we used to. These days, people rely less on their PCs and more on their tablets and smartphones for information. Plus, the advent of Bring Your Own Device (BYOD) and cloud computing have rendered PC purchases unnecessary. Businesses can save big by having employees use their personal devices, and access company data and applications through a cloud-hosted interface. With protection against breach and data loss offered by sophisticated cloud providers, the justifications for cloud computing go beyond the financials.

For the record, our hosted virtual desktop runs on Mac, PC and Android, so we aren’t biased. The cloud can come to the rescue regardless of your preference.

Want to learn about cloud computing?

Watch these videos on our hosted virtual desktop:

What is a HVD?

Virus Outbreaks are no Longer a Headache on HVD

To stay up to date with news stories like this one, sign up for our newsletter, and receive updates directly in your inbox.