Why Google Could Acquire NUTANIX for $9 Billion?

Home | Blog | Why Google Could Acquire NUTANIX for $9 Billion?

Google’s Parent Company, Alphabet Inc., is now moving to expand its cloud services. Google has already become the third-largest service provider in the Cloud Computing Industry. To make Google land on the spot for a long time, it should look out for co-acquisitions. One strong candidate is Nutanix, which could lead Google to a potential and a better strong position. Trefis highlighted that why Google should Acquire Nutanix, and estimated a potential acquisition price. 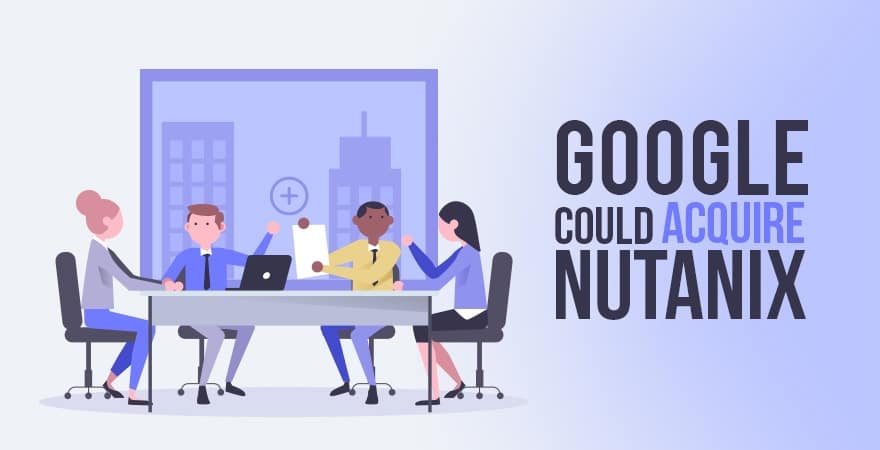 Trefis estimated Google would pay $1,286 per share, which is 10% more than the current market price. For further information about Trefis company data, click here.

Why should Google Acquire Nutanix?

As Sunil Potti, Ex-Chief Product Officer, Nutanix, is now with Google and now, VP and CTO of Google Cloud, Brain Stevens stands in Nutanix’s board.

Will Nutanix Get Any Benefit?

The acquisition would not just be good for Google, but it would benefit Nutanix as well. Nutanix was facing a decline in their sales and some issues in their subscription models. Although, the management is making a room for improvement.

Before Thomas Kurian entrance into Google, the Tech-Giant was facing an issue in sales, and were facing difficulties in selling the service to enterprises.

The joint efforts of the two peaked hybrid technology providers, and with such experienced professionals can lead to improvement for the two companies in the combined cloud sales.

If a 4x Price to sales is applied to the 2020 revenues of Nutanix, the company’s value will be roughly at $6.3 Billion.

Assuming 20% of the total synergies to Nutanix, the acquisition price would be $3 Billion.

Intrinsic value of Nutanix would be at $6.3 Billion, and from the synergies was $3 Billion, The acquisition price for Google would be $9.3 Billion.