The year 2022 has been quite an eventful one for IT infrastructures across the globe. We have continued to witness the evolution of IT environments. The thrust of IT-related initiatives has mainly been directed toward remote and hybrid work settings.

Recent studies have shown that remote and hybrid work is all set to become a permanent feature, at least for the foreseeable future. It is perhaps due to the reason that remote, as well as hybrid work settings, are proving “mutually beneficial” when it comes to both organizations and their employees.

However, when we talk about the steady increase in the adoption of remote and hybrid work, it would be fair to say that cyber security-related challenges are also surmounting. It is mainly due to a constant increase in the overall threat surface of enterprises, as they continue to embrace remote as well as hybrid work trends. 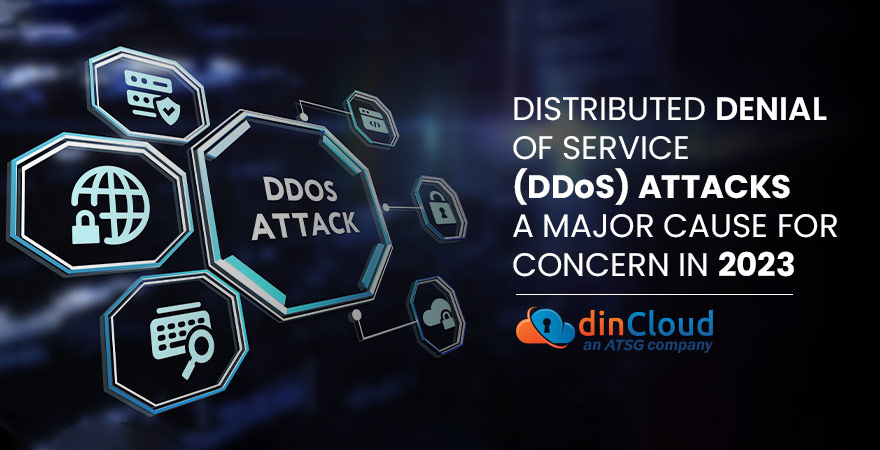 In this post, we will be discussing one of those major attack vectors, which is Distributed Denial of Service (DDoS) attacks. In all fairness, we could say that DDoS attacks date back almost to the very inception of the internet.

However, as the internet proliferated to become a global phenomenon, and is now an indispensable part of our daily lives, DDoS attacks have assumed a whole new level of importance within the security aspects of enterprise IT infrastructures.

The Key Findings of Netscout Systems on DDoS Attacks

Netscout Systems, a company that specializes in a wide range of cyber security solutions, recently conducted an extensive study on DDoS attacks across the globe. The findings of this report paint a worrisome cyber security picture in general, and an even more alarming situation when it comes to DDoS attacks globally.

According to the findings of this report, the number of Distributed Denial of Service (DDoS) attacks was in excess of a whopping six million. What makes this figure even more alarming is that this huge number pertains only to the first half of the calendar year 2022.

As we write this post, we have just set foot into the fourth, and last quarter of the year 2022. When we observe the trend of DDoS attacks only during 2022’s first half, it seems quite evident that this figure will drastically increase further, once we end the year 2022.

When it comes to the source of DDoS-related attack data, the cyber security company, Netscout Systems relied upon statistics collected from Internet Service Providers (ISP) globally. It is relatively easier, and more manageable to collect and compile such data directly from ISPs, as compared to individual organizations.

It is interesting to note that when the perpetrator(s) of a DDoS attack are targeting any particular ISP or organization, the “target audience”, so to say, is even broader. The unfortunate reality of DDoS attacks is that such attacks primarily, and directly impact millions of legitimate end users like us.

Let us assume you want to purchase something online and visit any notable e-commerce store to order the item or product. To your utter shock, you may not receive any response from the website with regard to the availability, features, pricing, and other details of the product.

In doing so, the perpetrator has not only targeted the e-commerce store but has also deterred a legitimate user, an online shopper in the above example, from accessing the website’s information for purely legitimate reasons.

Key Numbers from the Netscout Report on DDoS Attacks

Let us cover a few numbers highlighted in the report, which primarily uncover the frequency with which each sub-type of DDoS attacks was mounted on organizations.

The Proliferation of Malware Botnet

Malware has remained a serious cyber security concern, especially in the post-pandemic context. In the year 2021, an estimated 21,000 nodes were suspected to be propagating this form of DDoS attacks.

In the year 2022, and we’re talking of only its first half, the number of nodes suspected of propagating malware botnet increased manifolds to over 488,000. This is a staggering increase and clearly indicates how serious a threat DDoS attacks are turning out to be, especially when they get coupled with malware and ransomware.

The cyber security landscape has been quite hostile during the first three quarters of 2022. The situation won’t be much different in this year’s last quarter as well. As enterprises brace themselves for the year 2023, and the cyber security challenges it will accompany, there is a serious need for all-encompassing, contextually aware cyber security measures.

Every individual in an enterprise will have to play a role, albeit small, to curb the menace of cyber security threats like Distributed Denial of Service (DDoS) attacks, malware, ransomware, identity theft, and more.