Who is the best DaaS provider you ask? Of course every DaaS provider would want to say it is them. So let’s turn to the industry experts to hear what they have to say.

Whether you look at how we competed with over a dozen companies to be selected by Ingram Micro – the largest IT distributor on the planet… or more recently that Tech Data, a massive global IT distributor also selected dinCloud for its DaaS offering – leading managed service providers (MSPs) and value-added resellers (VARs) continue to turn to dinCloud for DaaS.

Maybe the fact that the majority of the IT channel has demonstrated that dinCloud is #1 in DaaS isn’t enough – so let’s turn to some awards and recognition.

But let’s go further back to look at a consistent history of being the #1 DaaS provider – Extreme Network Labs and Network World magazine found dinCloud’s DaaS to be the best after putting us through a battery of tests.

Then there’s THINKstrategies that awarded the Cloud Computing Business Value Award to dinCloud, and back in 2012, UP-START Cloud Awards in association with IDC (an IT analyst firm) for Best VDI Solution went to dinCloud.

Perhaps the biggest achievement in a short time was the recognition by Microsoft as Partner of the Year Finalist in Cloud for SMB in 2013. Turning to the analyst community that cover DaaS – Forrester recognized dinCloud for its level of experience and maturity in infrastructure to support DaaS. 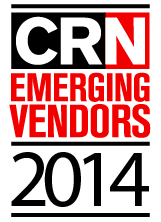 So you decide – in the world of desktop as a service- going with dinCloud assures you are picking the #1 brand in the DaaS space. And with that confidence, you can be assured of having the service of the leader.

My colleague was mentioning how he thought of our journey, akin to the World Cup 2014… many teams work hard to compete. But in the end, there is one. So again, congratulations to the Germans. As for us, dinCloud’s Ja, DaaS ist Nizza.

For more information on our Desktop as a Service, please visit our Hosted Virtual Desktop page or request information to speak with a cloud specialist.