Amazon Gets into Air Space

You may have read reports in the WSJ or on Fortune.com that Amazon – the big retailing giant, has now decided it will enter the air space directly.

Air Transport Services Group (ATSG), a company that leases planes such as the 20 Boeing that Amazon plans to lease. Of course, this is on the path to Amazon taking more control over its logistics. It has several warehouse and logistics centers. 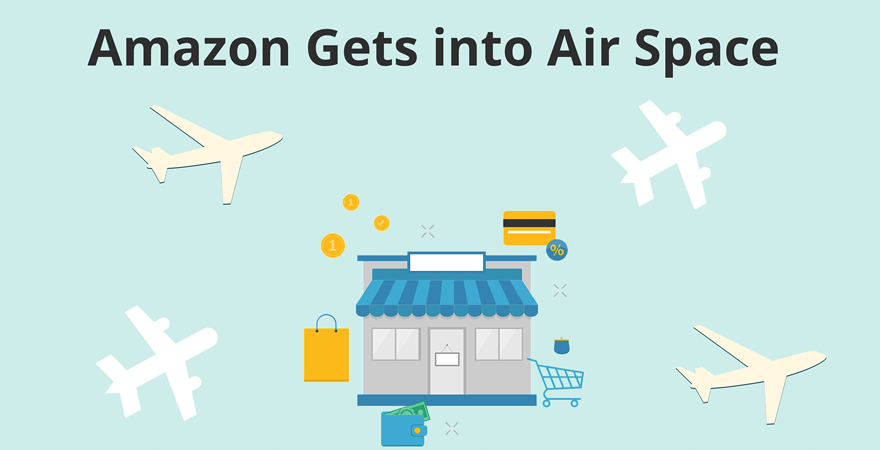 Amazon has been spending the last several years getting involved directly with warehouse space, distribution centers, and courier systems. While working with UPS, USPS, and FedEx – it is trying to cut costs of shipping products and has been able to create its own network of a logistics supply chain. This has allowed it to lessen its reliance on traditional carriers.

While the idea of leasing planes has been on Amazon’s radar, the trigger point for this was the recent holiday season, where many customers had late deliveries or other logistical issues. Amazon’s CFO cited the role of FedEx and UPS, in that they were unable to handle Amazon’s peak load.

Buying these planes will allow Amazon to initially take on 15% of its logistics and air travel costs. You can imagine that this is just the beginning.

Amazon keeping its Eyes on Retail

With so much at stake, and new global players entering U.S. markets, and battles in other emerging markets – Amazon is flexing its muscle and seems to be re-doubling its efforts to remain the dominant retailer. While the focus on logistics and the ground is absolutely necessary, Amazon continues to leverage its utilization model.

An interesting comment and direction that Amazon is going in – is to eventually use its excess capacity and sell it to other shippers. It already does this for shipments from China to the U.S. Now it plans to take this capacity to a mammoth industry and will eventually be competing with UPS and FedEx. It also is taking roughly a 20% stake in ATSG which will likely lead to a future acquisition to bring these plans to fruition.

This leads us to ask – with so much money at stake in the logistics and retail business, how much time and attention does their cloud business get from management – to be strategic and innovative?