Is DaaS the more efficient

You say “potato”; they say “pot-ah-to”. You say VDI; they say DaaS. Okay, so the comparison may be a bit crude (and carbohydrate-laden), but the differences between Virtual Desktop Infrastructure and Desktop as a Service sometimes can be as seemingly subtle as varying pronunciations. Subtle that is, save for one striking difference.

Indeed, it may prove difficult for many organizations – both small and medium-sized businesses (SMBs) and large enterprises, alike – to determine whether VDI (a data center-hosted desktop solution) or DaaS (a cloud-hosted desktop solution) is the better answer to their devilish desktop management woes. Both solutions provide the user with more streamlined desktop management, less hardware and more mobility. The difference lies in how that desktop is managed, maintained and supported.

DaaS: Cutting costs and complexity at a cloud near you 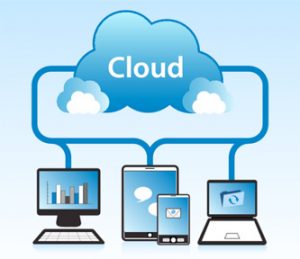 Specifically, organizations that vie for VDI will need their own infrastructure (read: hardware) to host virtual desktops, while DaaS places virtual desktops in the cloud – in the hands of a trusted and sometimes rightfully-deified cloud service provider.

The bottom line is that VDI leaves a company saddled with the responsibility of desktop management, handling software licensing, shoring up security and all of the other attendant complexities that are inherent in a massive infrastructure.

Alternatively, with DaaS, the provider absorbs the headache that is desktop management. So, if managing endpoints and a backend infrastructure sounds migraine inducing – especially if your company doesn’t possess in-house VDI expertise – then DaaS may be the way to go. Put simply: No muss, no fuss.

For many organizations, when making the choice between VDI and DaaS, the role their IT team will ultimately play in administering and managing their desktop will figure prominently. For example, can they afford to have their IT department tasked with managing desktops and troubleshooting or would they rather free them up to focus on more substantive projects and strategic pursuits?

Pay no attention to the man behind the curtain

By shifting desktop management chores to the cloud, IT no longer has to deal with the technology going on behind the curtain. Instead, it only needs to manage its virtual desktops, applications and clients, and remote desktop protocol. That’s because a DaaS cloud provider will deal with resource provisioning, load balancing, and network issues, to name a few.

Cloud-hosted desktops – because they’re not connected to the servers in an organization’s data center – are also easier to move, patch, upgrade and restore when a failure occurs (yes, “when”, not “if”). This flexibility also extends to scenarios where a cloud-hosted desktop provider is able to spin up desktops to users on any device.

Cloud-hosted desktops appeal not only to IT departments but also to a company’s business side, not only for their inherent dependability and flexibility but also because they can decrease the up-front infrastructure costs associated with VDI. What’s more, they seem to be the logical choice for organizations already relying on Web-based applications. They can also slash PC costs and may be faster because they’re not stuck behind a firewall.

The tradeoff is that cloud-hosted desktops are delivered via a remote connection, so some additional latency issues may crop up. And some organizations may continue to favor the centralized management, data center security and performance control that VDI yields.

Of course, the licensing issues also vary greatly between VDI and DaaS solutions. Typically, a cloud-hosted desktop provider will offer a service level agreement (SLA), but an organization needs to have its own Windows licenses for its users. Organizations who opt for a cloud-hosted desktop also need to ensure that the SLA provides reimbursement for outages and sets forth what will happen in the event of an online failure.

That doesn’t man that VDI licensing is without its challenges. Quite the opposite, since companies will still need a Software Assurance license as well as numerous other licenses if they adopt a VDI solution.

To be sure, trust ranks as one of the top reasons some companies remain wary about adopting a cloud-hosted desktop. This is because, with a DaaS solution, IT won’t enjoy the same level of control over data that it would with a VDI solution. DaaS providers are quick to rebuff this claim, asserting that network concerns related to security concerns are unmerited because cloud-hosted desktops are connected to the corporate environment through a private connection.

Clearly, organizations – regardless of their size – have a number of factors to weigh when it comes to deciding between a cloud-hosted desktop solution and a data center-hosted one. Cost, complexity, security, employee bandwidth, dependability, flexibility and licensing components all come into play and companies need to decide which ones are paramount to them. DaaSn’t that sound about right? 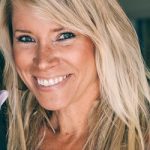