Intro to Cloud Storage and How it Works?

The Cloud Computing Revolution has opened up many new avenues for executing business processes and storing business critical or sensitive data. The compelling operational and financial advantages of cloud powered solutions are driving the migration of organizations towards the cloud. 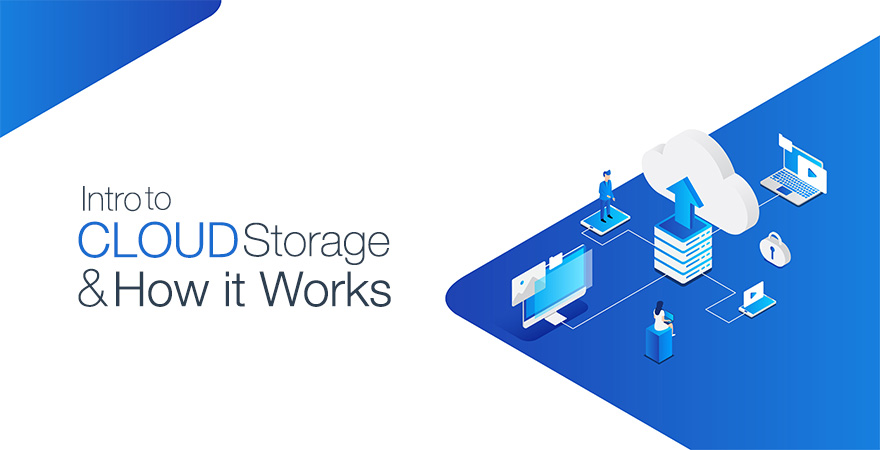 To better understand the concept of cloud storage, let’s first touch the traditional storage model for companies. We can further segregate this model into two broad categories which are explained below. 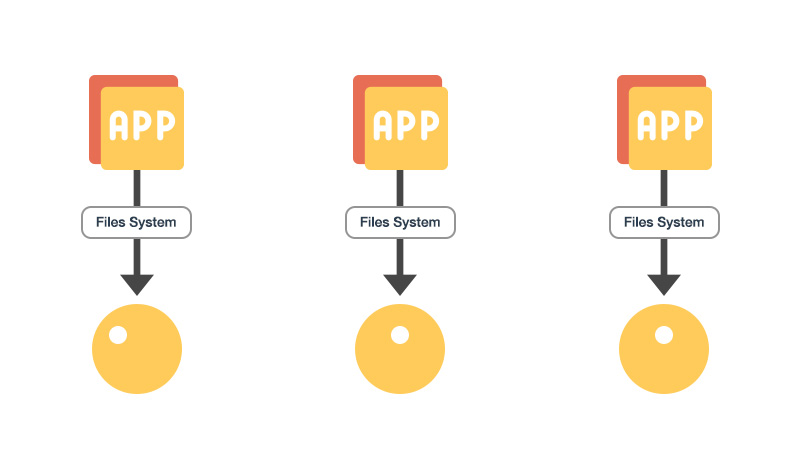 This storage model was in vogue well before the proliferation of Cloud Based Solutions, but it may still be practiced by a handful of entities. In this storage model, an organization’s data was scattered sporadically across tens, hundreds or even thousands of desktop or laptop computers.

For medium to large sized organizations, this was nothing short of a nightmare. An army of IT personnel had to be employed that would constantly troubleshoot or maintain these computers in optimal working condition. Securing sensitive data over so many devices was next to impossible as data leakages and mishaps were common.

If any employee’s computer got lost or stolen, it posed a serious threat to the sensitive data that was stored over that device. In many such cases, the compromised data was sensitive enough to disrupt few organizational processes, thus affecting efficiency.

As the tolerance level of organizations for the above cited scattered data storage model reduced, so did the need for developing a data bank at the entity level. This centralized repository of a company’s data was called a data center. Setting up such a data center was no easy feat from a financial or administrative standpoint.

Nonetheless, this converged data storage model was great in some ways, as it ensured the centrality of a company’s data. This was much easy to manage and as well as secure. In this architecture, employees accessed organizational data over an exclusive closed network to avoid any unauthorized access.

However, there were major inherent flaws in this data storage model and those were procuring, maintaining and constantly upgrading the hardware around which this model revolved. Establishing a data center in house was a very capital intensive investment.

Even if a company could muster the financial resources to setup a data center, its recurring operating costs were too prohibitive. Lastly, IT hardware has a very rapid rate of obsolescence which left organizations with no other option but to keep on investing heavily on upgrading their existing storage architecture.

In this storage model, another vital flaw was forecasting the existing and future hardware requirements. As the size of data was constantly growing, organizations kept on adding additional hardware in a somewhat haphazard manner. This approach at times also raised integration related challenges.

Most organizations ended up procuring additional hardware as compared to their actual needs, as hardware demand forecasts were mostly based on the worst case scenarios. This increased not only the component of capital expenditures, but also inflated the accompanying operational costs.

In order to address the above challenges of in house and converged data storage model, the concept of cloud based storage came forth. In this storage model, the hardware is outsourced to a third party called a Cloud Service Provider (CSP). In exchange for using their hardware, CSPs would charge their cloud tenants a usage fee.

The large Cloud Service Providers (CSP) invest billions of dollars in setting up state of the art data centers capable of handling vast amounts of data. The way CSPs can manage such a large investment is that their cost is spread across many organizations that are availing their storage over the cloud.

CSPs function smoothly on the basis of a pooled resources model. A single large data center may be catering to the storage needs of hundreds of organizations simultaneously. This by no means implies any overlap between the data of entity and another over the cloud based storage.

The way CSPs manage this feat is by setting up smaller virtual storage resources over their vast data centers. This virtualized storage is readily available to cloud tenants as and when the need arises. Similarly, as the storage needs of an entity decline, the cloud storage solution can also be scaled down with it.

A hypervisor is the nerve center of any cloud based storage solution. This software is responsible for managing all the virtualized resources over the cloud storage. It also maintains data segregation at all times to avoid any overlap between the stored data.

Cyber security is one of the top most priorities of any cloud storage provider. This is ensured by introducing security protocols such as firewalls, user authentication, data encryption and malware protection. CSPs also ensure the physical security of their data centers.

As an organization’s business critical data may be stored over a third party cloud storage service, constantly creating a backup is absolutely vital. Industry leading cloud storage providers maintain backups of their tenant’s data at different physical locations so that critical operations remain unaffected in the event of a contingency.

A cloud storage solution is highly flexible. Employees can access organizational data securely round the clock using a wide array of login devices such as smartphone, tablet, laptop or desktop. All the user needs is a login device and an internet connection.